Danielle Soccio is one of Australia’s premier performers, the culmination of an almost lifetime dedication.

Born in Melbourne, Australia Danielle’s musical upbringing started with some of the world's greatest influencers; Luciano Pavarotti, Ella Fitzgerald, Barbra Streisand, and Whitney Houston. She initially trained in classical singing, but her passion for singing show tunes, pop and jazz standards took over and she began singing professionally by the age of 20. Her versatility as a singer is what she is known for as she is easily able to perform many styles from classical to contemporary.

Early on Danielle performed in the musicals Godspell, Oklahoma and Bye Bye Birdie. She most recently appeared in The London Palladium's Production of The Sound Of Music for Gordon Frost Productions.

She is regularly invited to perform in major events. In Australia, she has also appeared on live television. She has performed on Carols By Candlelight at the Sidney Myer Music Bowl, Good Morning Australia, Mornings with Kerri-Anne and The Royal Children’s Hospital Good Friday Appeal Gala Concerts along side Australia’s stars of stage and screen.

She was invited to perform at Beijing’s International Cultural Festival in China, where she performed in concert and on live television, before a viewing audience of 800 million people. Since then, Danielle has performed in concert on CCTV China to an international audience of 1.9 billion people. Other concert appearances have seen her headline many events such as the prestigious Carnevale Ball, John St Peeters’ concert celebration at the Regent Theatre, City of Melbourne and Glen Eira Concerts in the parks, and the international ‘One Hand One Heart’ concert at Hamer Hall.

She recorded her debut album Hope. Danielle’s love of musicals and timeless standards is reflected in her choice of songs, which she delivers with a conviction and style that is uniquely her own.

With a passion to make a difference to the lives of others, Danielle also released a song for World Vision Australia titled; "Freedom To Live (Liberi Di Vivere)",. A collaboration with legendary singer songwriter John St Peeters, it was agreed that it could be a great anthem for the children of the world, so it was decided to donate proceeds from the sale of the CD to children rescue programs around the world.

Creatively she put pen to paper and also recorded her debut EP of original songs.

Danielle produces her own one-woman cabaret shows, such as A Tribute To Barbra Streisand and A Tribute To Broadway, both of which received rave reviews.

Other shows she has written and performed are "Playing To Win", a personal story that hilariously chronicles her life in love and music, and 'Women In Song’ celebrating great female artists.

"Australia has their very own Barbra Streisand"

"When considering potential entertainment for our client’s international corporate event, Danielle’s voice captivated us and made the choice abundantly clear. Danielle and her band were amazing. They are an incredible ensemble of ridiculously talented musicians. Not just gifted performers, they are warm, charismatic people. Their passion shines through when they take the stage. Danielle personally… amazing power, purity of tone and control… a beautiful spirit. We are now HUGE fans!” Senior Vice President 7th WAVE Communications  Chicago USA

“We had a musical theatre theme for our event at the Adelaide Festival Centre. We secured Danielle to sing songs from Phantom of the Opera. She gave a show stopping performance and we are so glad we flew her all the way over to South Australia to sing for us.” Amanda Broader Entertainment

"It was simply a wonderful, perfect day. Part of that perfection came from the good fortune we had in being able to secure Danielle’s band for the reception. A friend had recommended me to a fantastic singer Danielle Soccio. She explained the nature of her band and at all times she was a pleasure to deal with. On the night they were simply superb. For every song that was played the spacious dance floor was jammed. The professionalism of each musician shone through maximising the enjoyment of each and every person. Their repertoire was broad and gave us ample choice in musical taste. Led by Danielle on vocals they set the night alight. From my point of view our special day was always going to be a great celebration. A major part of that was the good fortune we had in securing Danielle’s services.”

"I have to say thanks to you and your band, my wedding was a great night and the guests had great things to say. There were many tears at the church, family said your voice and seeing me walk down the aisle at the same time was overwhelming.” Suzana

"I just wanted to take the opportunity to write to you and thank you for singing at my mothers funeral yesterday, you sang beautifully and my whole family was moved by your performance. Everyone at the wake commented on how beautiful your voice was and it truly helped us give my mother the sort of funeral she would have hoped for. So thank you once again for your time and effort , especially to learn the new songs for us.” C Scott

Danielle adds a touch of class to any occasion, with her “tailor made" entertainment, just for you!

Danielle will light up the stage and share her incredible talent for theatre and concert hall special events. Music from musical theatre, popular classics and classical pieces can be arranged.

Her diverse talents enable her to provide just the right entertainment either solo or with full band. Whether it be an Ella Fitzgerald inspired jazz trio, a night of Natalie Cole Big Band Swing or Olivia Newton John One-Woman Show. We’ll bring a live 15 to 60min show to you!

Danielle will sing a special aria or national anthem for your ceremonial occasions. Including weddings, funerals and corporate events. 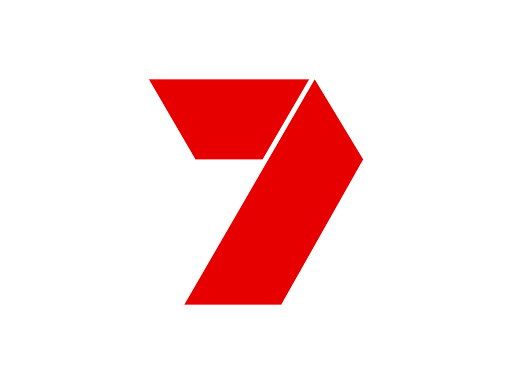 HOW TO BOOK DANIELLE FOR YOUR NEXT EVENT!

Book Danielle for your gala concert, charity and corporate events, or your private and ceremonial occasions.

2. Discuss your entertainment options to best suit you

3. Choose the type of entertainment you need, tailor made for you

TRANSFORM YOUR VOICE AND BECOME FULLY EXPRESSED WITH CONFIDENCE, POWER AND PRESENCE